Rooni's mother, Joya, comes to New York and Alex tries too hard to impress her, including a disastrous celebration of Holi which makes him look worse. But a conversation between the two leads to a surprising development for Alex's new company. Meanwhile, Ben wants to learn more about his heritage from his grandmother to impress a girl in school.

Is Alex, Inc. Renewed or Cancelled for Season 2?

A guy in his mid-30s with a wife and two kids makes the crazy decision to quit his good job and dive into the brave new world of starting a business. 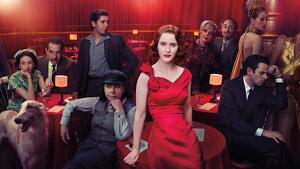