Rookie CIA analyst Alex O'Connor is assigned his first case - to examine the statements of a defecting Russian spy, who claims that rogue elements within her organization are planning a catastrophic attack that will bring America to its knees. Unbeknownst to Alex, his parents, Katya and Mark, are part of the dormant Russian sleeper cell he's investigating, and an unwelcome friend from the past arrives on their doorstep to give them a new mission: turn their son into a spy before his investigation unmasks them. With nowhere to turn, Katya and Mark must choose - flag, or family.

Is Allegiance Renewed or Cancelled for Season 2?

This high-octane thriller introduces the O'Connor family and their son, Alex, a decorated American war hero and CIA analyst, a true patriot who loves his country and family. Unbeknownst to him, both his parents and his sister are part of a dormant Russian sleeper cell that has just been reactivated. 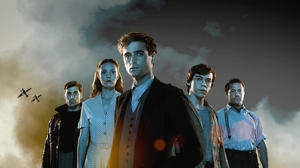