In the hours after Eric is forced to openly discuss his sexuality, Taylor must defend his actions on the night of his alleged assault to the police; Anne struggles with the discovery that her son is gay; a critical decision by the detectives makes some involved feel as though the worst may be over; and at Marshall high school, Chris deals with the aftermath of a seemingly innocuous incident that begins to take on racial overtones.

Is American Crime Renewed or Cancelled for Season 3? 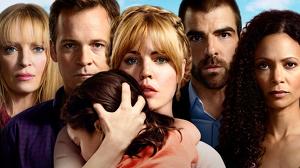