When successful veterinarian Dr. George Coleman learns that his ex-girlfriend Dorothy Crane has inherited the hospital where he works and is now his boss, he is less than thrilled. George, who would rather spend time with his animal patients than with their human owners, is a stark contrast to the cheerful and optimistic Dorothy, who immediately inserts herself into the hospital business. As the sparks fly between George and Dorothy, the rest of the staff members struggle to maintain composure and do their jobs, including Dr. Doug Jackson, Dr. Yamamoto, Juanita, Nurse Angela and last but not least, "Dr. Rizzo," the resident capuchin monkey at Crane Animal Hospital and George's closest companion. 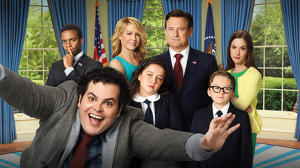