What Goes Up Must Come Down Summary

S02E11 What Goes Up Must Come Down Summary

Erica is introduced to an alternate reality, one that apparently doesn't involve a long list of regrets.

Thirty-something Erica Strange receives the ultimate opportunity - to go back in time and relive her most defining moments. From first kisses and prom nights to job interviews, Erica now has the chance to put right her long list of regrets with the hope that it will result in the life she really wants. 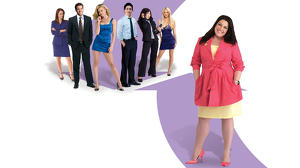