Although Ben, BJ and Tommy disapprove, Kate and Will take their relationship to the next level when they go on a romantic camping trip together. Of course, the trip quickly goes awry when some unwelcome guests decide to tag along. Meanwhile, BJ makes it her mission to help Tommy move past his feelings for Kate. 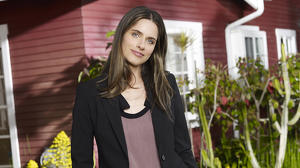