When Kate sees the face that Will makes while playing guitar during his cover band's performance, she gets turned off and unable to take him seriously. Meanwhile, Tommy gets Ben a job at the country club which soon backfires for both of them, and BJ attends a support group where she gets good advice about her friendship with Kate. 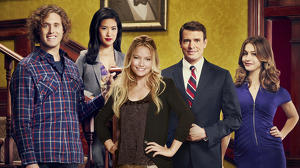