David and Claudia proceed with plans for their wedding, and attempt to document their relationship to avoid suspicion. Claudia realizes that David is having doubts; she elects to return to Venezuela and apply for another visa. Dylan rigs a raffle so that Kelly can have the opportunity to meet her favorite singer. Gina goes to the man's hotel room, claiming to be Kelly. She spends the night at the hotel to make Dylan jealous, although she later insists that nothing happened. Kelly helps Matt film a television commercial to solicit new clients. Matt fears that Kelly does not like him for himself, and suspects that she is hung up on Dylan. Donna designs costumes for a production at West Beverly, where an acquaintance accuses the drama teacher of molesting her during her teen years. Donna does not believe her claims, until the woman explains that she drove Donna away from the drama class to protect her. Donna and Ashley take action after discovering that the teacher made inappropriate adva

This long-running drama dealt with the experiences of a group of young people in Beverly Hills, CA as they navigated high school, college and ultimately the real world. The series focused on their travails as they tried to maintain their friendship while dealing with romances, family and personal crises, tragedies and countless drug addictions. 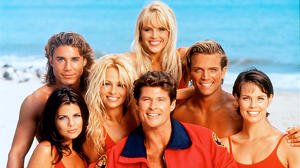