Thad makes some big changes after he realizes his career is in trouble; Alex acts like Thad to motivate the team; Sammy thinks he's met the perfect girl.

It's all about football at Blue Mountain State University, but being an incoming freshman on the national championship team consists of much more than that... there's also girls, partying, hazing and of course, class. 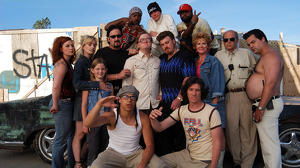