While Miller publishes a story that threatens to destroy Kane, he battles to stay on top, but is concerned over Doyle's alliance with Kitty. 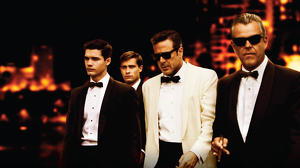