Preparations for Dieter's wedding are underway. Employing the same tactics as Callum, Kathy finally confronts Bergit about her activities, forcing her to realise that her options are limited. Meanwhile, Harold makes a decisive move as he struggles to cope with feelings of inadequacy. Concerned that he is caught in a marital game, Callum forces Rachel to admit her true feelings for him. As ever, Victor remains haunted by the effects of the war and the people who will get away with crimes they committed in the name of war. He ultimately learns that there are some people who are too important to prosecute no matter what they have done. 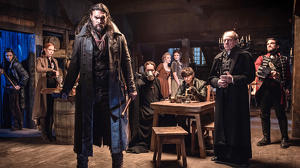