How to Survive Your Horrible Landlord Summary

S01E06 How to Survive Your Horrible Landlord Summary

When Kelly tells Cooper that the state of his apartment is ruining their chances at taking their relationship to the next level, he sets a meeting with their landlord, Virgil, in an attempt to fix things around the gang's place. But after their first meeting takes a turn for the worse, an epic battle between landlord and tenant ensues.

Is Cooper Barrett's Guide To Surviving Life Renewed or Cancelled for Season 2?

Young ensemble comedy about a group of friends living together for the first time. Each episode is told from the perspective of Cooper Barrett, a wickedly charming and deeply flawed recent college grad whose life is filled with terrible choices, excellent mistakes and fantastic misadventures. 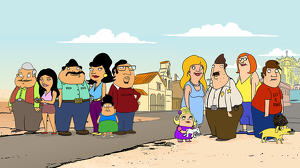