Pete falls headfirst into a relationship with a new girlfriend, Kat, who encourages him to be more aggressive in his career. On the night of their three-week anniversary, things amp up after a visit to a sex shop and a comedy show that morphs into a night all about Pete. 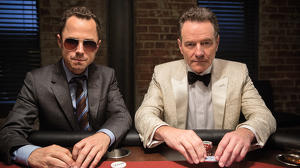