When Rebecca forces Valencia to attend a festival with her, she finds she has more in common with Valencia than just Josh. Paula finds a new friend in Sunil, while Darryl learns something surprising about White Josh and ultimately, himself. 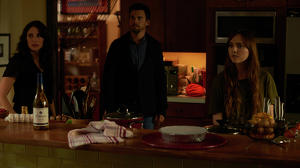