Gibson uses his wife Janice to gain information about the CIA's covert soldier program. Dunn and Finley go off grid, becoming targets of the CIA when they take drastic measures to get information. Meanwhile, Meg searches for her company's connection to the kidnapping and is willing to put everything on the line to get Amber back. 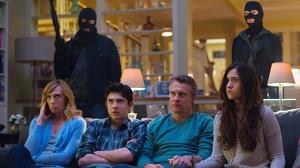