Sam invites Iesha back on the radio - with dramatic results. Gabe faces an ultimatum from his uncle. Reggie weighs a big decision about his app.

At a predominantly white Ivy League college, a diverse group of students navigate various forms of racial and other types of discrimination.

**NOTE: Even though Netflix releases all episodes of Dear White People on one day, they are portrayed on the Calendar as airing one episode a day, for ease of visualisation. 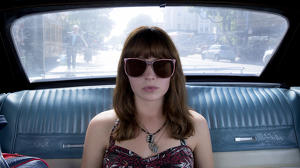