When Charlie and Joseph arrest a man on his way to a major drug deal, they end up bringing a bigger fight than expected back to the station. Meanwhile, Cade and Teresa continue to deal with the complication in the adoption of their foster children and Bill comes to a big realization about his job as Sheriff, as the window on his term continues to close. 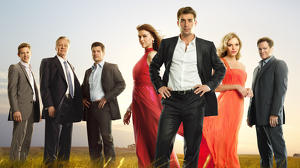