A different and interesting look at the 1992 Ohio Gubernatorial campaign. 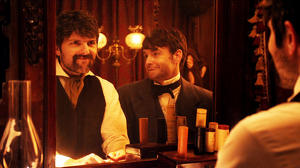