What About Bob? Summary

S01E10 What About Bob? Summary

Bob's skull is stolen by someone thought to be dead for five years: Harry's uncle Justin Morningway. Bob is offered freedom from the 800-year curse that has bound him to the skull, in return for his skills in thaumaturgy. Meanwhile the Chicago Police are reopening the case of Morningway's death and it just might ruin the bond of trust between Harry and Murphy. 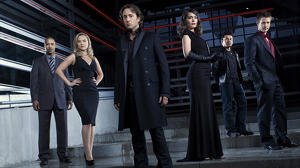