Deb has something in common with them and she's about to defend they both lost the years in their lives. He was wrongfully imprisoned and was subsequently freed a decade later. Deb also celebrates the James 32nd birthday. Kim and Grayson take on the case of a man who developed a web site at gives married couples away to cheat on each other.

Drop Dead Diva is a spirited comedic drama series that puts a uniquely compelling twist on the age-old battle between brains and beauty. The show tells the story of a shallow model-in-training who dies in a sudden accident only to find her soul resurfacing in the body of a brilliant, thoughtful and plus-size attorney. 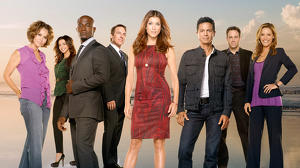