Jane defends a mom because the daughter became ill while on the diet now they wonder if the diet guru Jillian Ford is responsible for the daughter becoming ill. Terri is hit with a sexual harassment suit by someone who used to work for her Grayson and Terri come to her assistance in settling the matter.

Drop Dead Diva is a spirited comedic drama series that puts a uniquely compelling twist on the age-old battle between brains and beauty. The show tells the story of a shallow model-in-training who dies in a sudden accident only to find her soul resurfacing in the body of a brilliant, thoughtful and plus-size attorney.

Sex and the City 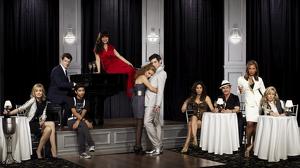