Duck No We Won't Go Summary

Willie pushes his work force too far after implementing new "motivational work tactics", and the guys rise up against him and go on strike. But creating a picket line Duck Commander-style isn't as effective as they hoped. Miss Kay decides to take her home cookin' to the streets of West Monroe with her very own food truck.

Ask anyone in Louisiana and they'll tell you that the bayou state's favorite first family doesn't live in the governor's mansion but in the backwoods, where the Robertsons' rags-to-riches story is still unfolding. A homegrown mom-and-pop operation, Duck Commander has become a sporting empire by fabricating top-of-the-line duck calls and decoys out of salvaged swamp wood.

This newly minted multimillionaire family is kept in line by business-savvy Willie, who runs Duck Commander with the help of his brother Jase, their respective wives Korie and Missy, patriarch and founder of the company, Phil, and uncle Si. Together they run a booming business that employs half their neighborhood, but at the end of the day, you can find the whole family around matriarch Miss Kay's dinner table.

Each episode brings a new set of challenges, met with a special brand of Southern know-how and a down-home sense of humor. In the premiere episode Willie, CEO of Duck Commander, catches his crew constructing a testing facility to experiment with new duck calls at the warehouse. Only problem is, their makeshift pond is a flooded loading dock filled with ducks. 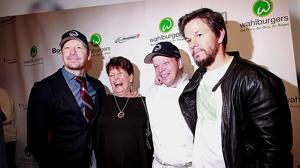