Stevie laments his loss while Kenny comes to term with his new responsibilities as a man and father. 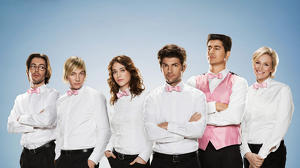