Naomi has second thoughts about her role on the Grand Council after her childhood friend, Veronica, visits.

Teen Princess Elena Castillo Flores, now grown up, has saved her magical kingdom of Avalor from an evil sorceress and must now learn to rule as its crowned princess. Elena's adventures will lead her to understand that her new role requires thoughtfulness, resilience, and compassion, the traits of all truly great leaders. Since she is only 16 years old, she must follow the guidance of a Grand Council, composed of her grandparents, older cousin Chancellor Esteban, and a new friend, Naomi Turner. Elena also looks to her younger sister, Isabel, her friends, wizard Mateo, and Royal Guard lieutenant, Gabe, a spirit animal named Zuzo, and a trio of magical flying creatures called Jaquins for guidance and support. 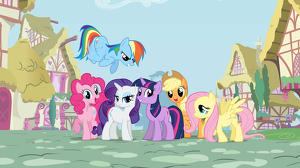 My Little Pony: Friendship is Magic 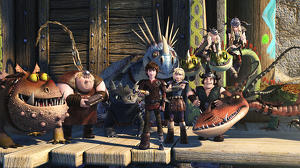