Tip and West arrive in Emerald City seeking vengeance. With a renewed confidence, Dorothy faces off against the Wizard and fights to save Oz from his oppressive reign. Meanwhile, Glinda brings her power to the battlefield as the threat of the Beast Forever looms. 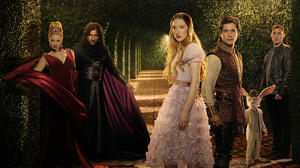