Carter is given a clue to what Lori's up to when some mysterious photos turn up. Max struggles with his current hospitalization, Carter sees a therapist, and a final betrayal changes Carter's life forever.

Finding Carter is described as an unconventional family drama about a girl realizing that sometimes the people closest to you are the ones who have the most to hide. It centers on teen Carter who has the perfect life with her fun-loving single mom Lori until police bust at a high school party reveals that Lori abducted her as a toddler. Now Carter must return to the family who thought they had lost her. As she navigates brand new parents, a twin sister, high school and boys, Carter vows to find Lori before the police capture the only mom she's ever known and put her behind bars. 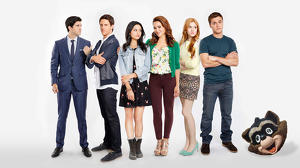