Is Soap a Hazardous Substance? Summary

DiDi takes on greater responsibilities when a hospice program is introduced into the ward. Dawn looks ahead to her future and tries to share her news with Patsy, but inadvertently puts his new initiative in question. Patsy finds himself playing patient when he has a medical emergency. Dottie, an alcoholic patient, looks for ways around doctor's orders. 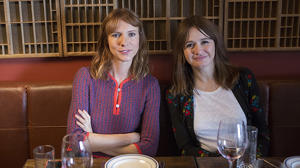