Kevin McCloud meets Cumbrian couple Rob and Ruth, who have bought a 200-year-old former blacking mill and plan to slot in an entirely new, timber-clad structure within its walls, giving the impression that it is peeping out from the original ruins. But the original building is a scheduled monument and Historic England inform them it is too dangerous to repair, giving them no choice but to painstakingly rebuild the ancient mill around their new structure. 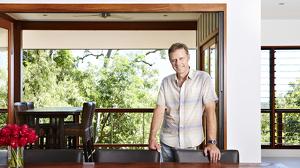