Not Giants, But Windmills Summary

S01E10 Not Giants, But Windmills Summary

At a Republican convention, Graves enlists Isaiah's help to quell dangerous rumors about Margaret's relationship with Jonathan Dalton. Margaret manages infighting among her team as she prepares to officially announce her candidacy at the convention. Olivia and Jeremy feel the pressure as the FBI starts asking questions about their connection to Arturo. Treadwell escapes his security escort and leaves his mother's hospital room on a mission. 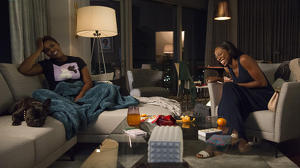