­After learning his longtime friend and political ally ex-U.K. Prime Minister Trevor Lloyd is dying of cancer, Graves takes off to see him in Baltimore for one last adventure. Isaiah and Sammy join him, and Isaiah gets a peek behind the curtain when she takes him to visit her family. Olivia enlists Jeremy's help when she realizes she's in over her head with Arturo and Margaret finds herself falling into familiar patterns as she and Dalton strategize on her campaign. 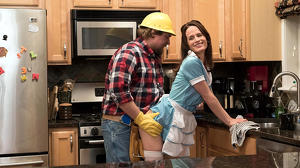