Living between the two homes of his divorced and remarried parents, HIM is struggling to cope with adolescent life. A task made no easier by the emergence of telekinetic powers inherited from his grandfather.

A 17-year-old boy, known only as HIM, caught in the limbo between childhood and adulthood is also trapped in a limbo between the two homes of his divorced parents, each now remarried with new families. Like most boys he finds it hard to process his feelings so tends to 'act out'. But his behaviour is also triggered by something else - his primal struggle to contain the terrifying secret of a supernatural power he inherited from his grandfather. A power that only his ageing grandmother understands, who urges him to use his gift only for 'good' for she knows if he doesn't it could end in tragedy. 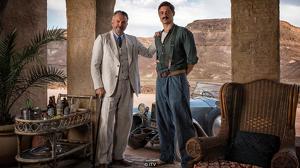