The day after his 44th birthday, Thom Payne's agency hires a pair of young swedish creative directors to evolve the company. Thom comes under pressure from his friend and executive creative director Jonathan, who advises him to rebrand himself. At lunch, headhunter Dani advises Thom to admit he's hit his joy ceiling. 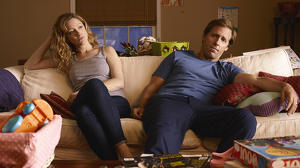