God Must Have My Fortune Laid Away Summary

S01E15 God Must Have My Fortune Laid Away Summary

Savannah and Alice throw a toga party at Lancer, hoping the festivities will take their minds off the fact that the Hellcats might lose their funding. Marti, Vanessa and Julian come up with a plan that just may get Travis released from jail and save the Hellcats. 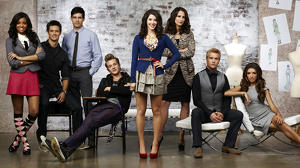