Ahsha and Sloane are in a race against time, and each other. Jelena makes a big gamble, while Terrence tries to right a wrong. Jude and Zero visit Zero's tragic past while Kyle makes a shocking confession.

Exploring the alluring world of professional basketball and the dancers who make the fans (and players) go wild, "Hit the Floor" asks the question: How much are you willing to sacrifice to make all your dreams come true?

The Los Angeles Devils are the #1 team in the league. When the arena lights go on, all of Hollywood comes out to support the million dollar players. But in this city these men share the fame, adrenalin, money, sex and power with their dancers, the Devil Girls.

At the heart of the series is Ahsha, a sheltered young woman who joins the team against the wishes of her mother Sloane, who knows this treacherous, tempting world all too well having been a Devil Girl herself. Olivia is the shrewd squad manager, Jelena is the ruthless, star captain who won't let anyone else share the spotlight and Pete Davenport is the former All-Star who's come back to coach his old team. 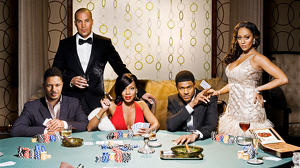 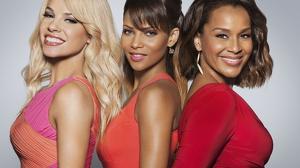