The Elephant's Guide To Sex Summary

This week the show explore how pioneers have come up with new techniques to encourage animals to breed.

Recognised as the world leader in its field, it regularly wins a sweep of international science, medical and environmental film accolades, and has recently won the Royal Television Society Award and the Prix Italia.

In 2002, the British Academy of Film & Television Arts presented Horizon with the BAFTA Television Award for Best Factual Series or Strand.

In 2003 it won the prestigious Images et Science award for best medical documentary and the Carl von Linne Award at the Living Europe film festival in Sweden. That year, a Horizon co-production with WGBH Boston won the Emmy for best documentary.

In September 2014 it celebrated its 50th anniversary and it continues to enjoy outstanding critical acclaim. 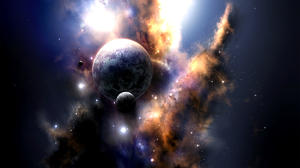