I Got the Hook Up Summary

Everyone attempts to thrust newly divorced CJ into the dating pool. In the meantime while an HIV positive woman volunteers at the help center, palpable tension heats up between Angel and Calvin. 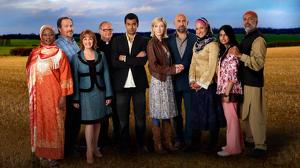 Little Mosque on the Prairie