On the third anniversary of Charlie and Rex's partnership, Charlie recounts how a high-stakes kidnapping brought the duo together on their first case.

Detective Charlie Hudson, a cunning Major Crimes detective for the St. John's Police Department, teams up with an unusual partner - Rex, a former-K9 German Shepherd, whose heightened senses keep Charlie hot on the trail of his suspects. Together, they investigate puzzling crimes, from a kidnapping which reveals a much larger conspiracy at play to an art theft hug which runs deep into the world of high society. With Charlie's deft detective work and Rex's keen canine senses, this crime-fighting pair is unstoppable. 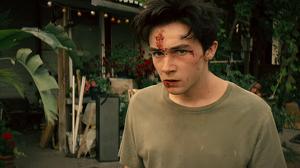