Eddie is getting the squeeze and it's up to the "Hustle" gang to set things straight. Although not an official grifter, Eddie is more than a bartender, he's a member of the crew. So when his father is held ransom by the owner of his Father's nursing home - it's personal. 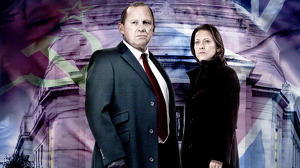