This season, titled Ink Master: Turf War, contestants from four different regions of the country - East, West, South and Midwest will represent their "turf" in the competition to be the next Ink Master. Host Dave Navarro and world renowned tattoo artists Chris Núñez and Oliver Peck return to the judges table for what is sure to be an electrifying season.

Hosted by rock legend Dave Navarro and judged by icons of the tattoo world, Chris Nunez and Oliver Peck, 10 of the country's most creative and skilled tattoo artists descend on NYC to compete for a hundred thousand dollars and the title of "INK MASTER". The stakes couldn't be higher with 'Living Canvasses' donating their skin to be permanently marked in this adrenalized competition elimination. 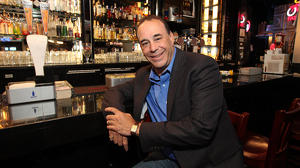