One day while checking the accounts at work, John realises that £50,000 has gone missing and he sees his world falling apart. He thinks that two men called Chris and Marcus are responsible. John calls the two men into his office and instead of turning them in to the police he comes up with a plan that will change them and their lives forever.

Inside Men is a drama series which sees John Coniston working as the manager of a cash counting house who finds himself involved in the middle an armed robbery. His family are taken hostage and the gang make open the safe at gunpoint but not everything is as it seems though. 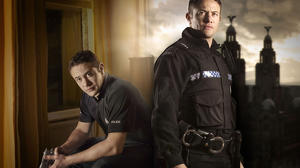