Jack returns home to find Amy sleeping soundly in bed. She has a logical explanation for her whereabouts in Seattle and professes her love to Jack only to ask for a separation the next day. Jack is terrified for Amy's mental state. Meanwhile, Gary calls with alarming news. Things get dangerous as Madison hitches a ride to Seattle, determined to evade capture. A deal from Richard's past continues to haunt him.

A contemporary, chilling, paranormal tale set in the moody Pacific Northwest, the series spins a fascinating and complex web of drama. As strange, apparently unrelated events start happening, multiple story-lines - a missing wife, an assassin covering his crimes, a child on the run - begin to intertwine to reveal a conspiracy that will forever change our understanding of human nature. 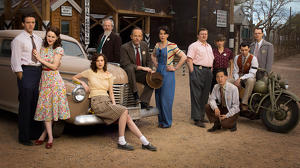