The Year of the Rabbit Summary

S01E04 The Year of the Rabbit Summary

Dan travels back to 1995, just as his wife, Katie was in the process of setting up a charity event. Dan meets up with Livia in 1995, it seems that he was brought back to help a woman on a blind date. Although Livia is suppose to be there to help him on his mission she seems more interested in Dan's relationship with Katie. 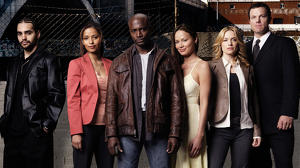