Seg reunites with Val and the Rebels as General Zod mounts his final attack on the Rebellion. 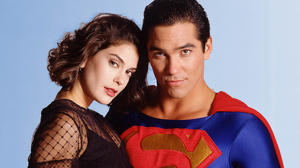