When a Manchester United football fan is cuddled, police suspect a rival City fan's to blame. The incident raises fears of a riot between supporters of the two teams, whose derby match is taking place at the weekend. Sam, Gene and WPC Annie Cartwright go undercover to gather evidence. But Sam worries they'll fail to find the hugger before Saturday's big match. Meanwhile, Sam's relationship with the young son of the cuddled man brings memories of his own father flooding back. 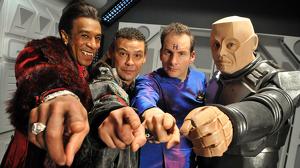