After Aleksei is turned back into the rampaging Rhino by Swarm, the Spider Team must battle for their lives in the Underground Monster League contest.

An insecure but courageous and intelligent teen named Peter Parker, a new student of Horizon High, is bitten by a radioactive spider and given powers. He becomes a hero named Spider-Man after the death of his uncle and he must adapt to this new way of life. 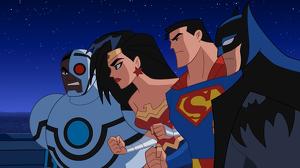