Mr. Bean goes to a hotel where he causes trouble and seeks competition in his hotel neighbor. After he eats some spoiled oysters, he wakes up at night from some loud noise and ends up being locked out of his room.

Mr. Bean is a comedy show about a man whose whole life is one funny situation after another. He hardly talks, but words are not needed. Everything he does is funny. From playing golf, going to the dentist, and going to church. Mr. Bean is a grown man, but he acts like a child. He has a stuffed bear named Teddy that he carries around with him all the time. This show is full of laugh after laugh!

Have I Got News for You

The Fresh Prince of Bel-Air 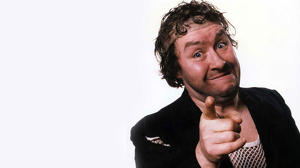