Josephine is surprised that Whitley wants her to represent him in a property dispute, and the downstairs team make their own discoveries in what is ostensibly a simple assault case.

When Josephine's low-flying solicitor's practice is incinerated by a disgruntled client, she is persuaded by her old uni' friend and not-so-secret admirer, Lewis Hughes, to trade the benefits of her brilliant mind for a berth in the lofty glamour of Knox Chambers. With her office destroyed, her marriage collapsing and motherhood fast losing its charm, Josephine decides it's time she took her own aspirations off the back burner and resumed her barrister's robes. 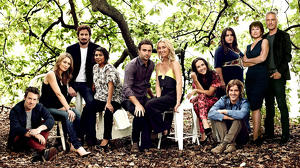