The white rabbit probe puzzles the science team; D'Branin learns a secret from Agatha's past.

On a mission aboard the Nightflyer, the most advanced ship ever built, a team of scientists embark on an expedition to make first contact with alien life. Set in the year 2093, their mission takes them beyond the edge of the solar system, farther than mankind has ever gone before. But when terrifying and unhappy events start to occur, the team and crew begin to question themselves, each other, and their reclusive captain. They soon come to realize that the true horror isn't waiting for them in outer space - it's already on their ship. 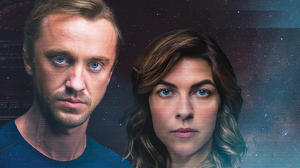