Our Cartoon President launches Space Force without any attention to detail while the Democratic presidential candidates tank their campaigns to avoid the risk of losing to Cartoon Donald Trump. 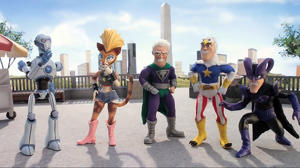