The fire team, assisted by poorly trained Iraqi soldiers, search through a village to find a bomber who continues to avoid capture. In the U.S., Bo confronts his father about taking his military checks from him. 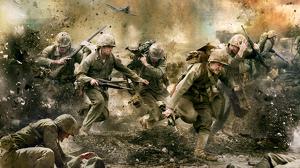